Why i should join guild in ESO

I recently started playing Elder Scrolls Online. I wonder why I should join the guild. Can anyone post some interesting article on this topic? It may be a bit strange but I couldn’t find good information about it.

There are two types of guilds in Elder Scrolls Online. NPC Guilds and Player Guilds. Player Guilds work similarly to other games with the difference that in ESO you can be in several at the same time. NPC guilds act as distinct organizations that provide quests as well as other progression mechanics and reward you with increased ranks, skills and other stuff.  It’s best if you read this article: https://tamrielfoundry.com/articles/all-you-need-to-know-about-eso-guilds/ I found him recently. I want to come back to the game after a break and I have to remind myself a few things.  This entry will definitely answer all your questions.

My two guilds could not be more different from the ones you’ve been in. Chat is almost always active and if not it’s easy to get a conversation going, people are often asking if anyone wants to do a dungeon or other group content, and they organise regular guild events.

One thing I’ve found is that it helps if the guild has common interests or a common purpose, something to bring them together beyond simply playing the same game. It can be anything – having people to talk to while playing, hardcore dungeon running, getting the best trader spot, role-play, just something to give them a common cause and make it easier for recruiters and potential new members to work out who would be a good fit. The leaders also need to put a lot of time and effort into facilitating ways for the guild to get to know each other and work together. Not everyone has the skills needed to do that, or is willing/able to put in the effort. 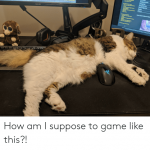