After Chinese apps ban, Rgyan to compete in the Socio-Spiritual user segment 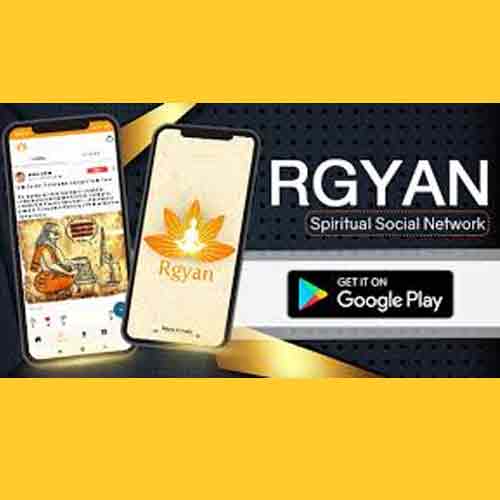 Last month, several 'Made in India' players came up to seek the attention of more than 200 million subscribers who were earlier using Chinese social media apps and got displaced due to the Chinese app ban. One of these “Made In India” players is "Rgyan"-a spiritual social tech startup which unlike other players is offering one of its kind of social media platform for the spiritually inclined by curating content on divinity, health, meditation, horoscope and aggregating news on spiritual and social matters.

“With a 30% monthly growth rate in the overall platform usage since march, this Indian Platform Rgyan now has more than 1 Million Monthly User Views and is set to Capture the Socio-Spiritual User Segment. Rgyan which is seen as a spiritual social media platform has seen a jump in the consumption of religious, astrology and wellness content. The count of its daily active users has also doubled since March, as the people are exploring content on various socio spiritual categories. Astrology has also picked up on the platform during the same period. “Seeing the demand, we started paid live sessions,” comments, Debjit Patra, Founder & Chairman, Rgyan.

Homegrown websites and apps have seen a significant increase in the usage/downloads and user signups on their platforms after the government's decision to ban 59 apps.

“Within 4 months of the lockdown, our platform usage has increased by 2x now. Today more than 64% of the overall user traffic which we have is organic which shows that people are exploring the socio-spiritual content which our platform offers. Now with a daily active users of more than 25K, Rgyan has major user traffic coming from India, USA, UK and over 90% of them are mobile users in the age group of 24-45,” says, Umesh Khatri, Cofounder & COO, Rgyan.