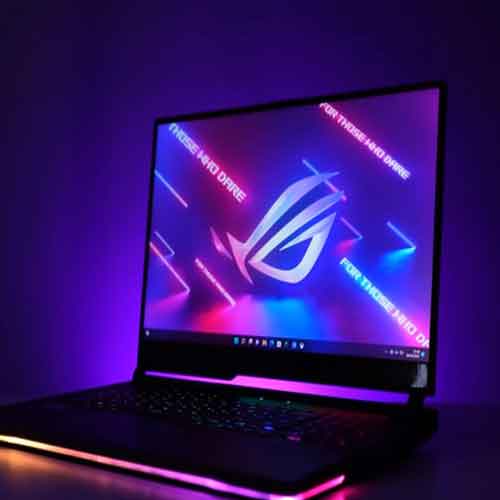 ASUS India, Republic of Gamers (ROG) announced the upgrade to its ROG Strix Scar 17 PCs with the launch of the most awaited Special Edition (SE) in India. Over the past few years, the name Strix Scar has become synonymous with a top-of-the-line gaming experience, And the upgrades made to both the performance and cooling mechanism of the special edition - cement this notion further. It is equipped with the new top-of-the-line Intel 12th gen Core i9 HX series of processors. Featuring TDP levels of up to 65W, a jaw-dropping core count of 16 cores, 24 threads, and boost clocks of up to 5GHz. The laptop is designed to provide unmatched performance and gameplay on the fly to gaming enthusiasts and eSports players empowering them to harness their full potential. The ROG Strix Scar 17 SE price starts from INR 3,59,990/- and will be available online and offline.

The latest ROG Strix Scar 17 Special Edition brings game-changing enhancements to eSports experience. It is equipped with an aluminum lid, which features a new covert design overhaul. Additionally, all Strix SCAR 2022 staples are still present in the special edition, along with the high-resolution QHD 240Hz 3ms panel. The chassis, keyboard, and trackpad maintain the well-known advantages of the SCAR 2022. Along with the use of liquid metal on both CPU and GPU, SCAR SE has introduced a new Vapor Chamber that replaces the heat pipes to improve heat dissipation as it covers up to 48.8% of the motherboard area. The ROG slash pattern hides a wealth of Easter Eggs under invisible ink, some of them with a close connection to our new Citadel game, SCAR Runner, which is a free-to-play game with cutting-edge product-display functionality, that will allow you to understand ASUS products in an interactive way.

Commenting on the launch, Arnold Su, Business Head, Consumer and Gaming PC, System Business Group, ASUS India, stated, “We at ASUS believe in constantly nurturing the gaming journey of e-sports enthusiasts and providing the right infrastructure for the rising talents. By introducing innovations to our lineup, the new ROG Strix Scar 17 Special Edition is ready to claim its rightful spot at the top and we are positive that this launch will prove to be the perfect upgrade for the gamers, further elevating the Indian esports ecosystem.”

Performance: Equipped with an Intel Core i9-12950HX processor, paired with an NVIDIA GeForce RTX 3080 Ti Laptop GPU with up to an incredible 175W max TGP. Leave loading screens behind thanks to PCIe Gen4x4 solid state storage in RAID 0 array

MUX Switch: It is an-board switch which significantly reduces in-game latencies and boosts performance by up to 10%. It by-passes traditional method of integrated GPU connection with the internal display and connects the dedicated GPU directly with the display for unrestricted performance

Display: The Strix SCAR has ultra-fast panel options for every scenario. The 17.3” machine offers a QHD 240Hz panel. With refresh rates this fast and response times of just 3ms, one can make pixel perfect decisions even in the most frenetic firefights