Digital banking to bring revolution in the Finance Sector 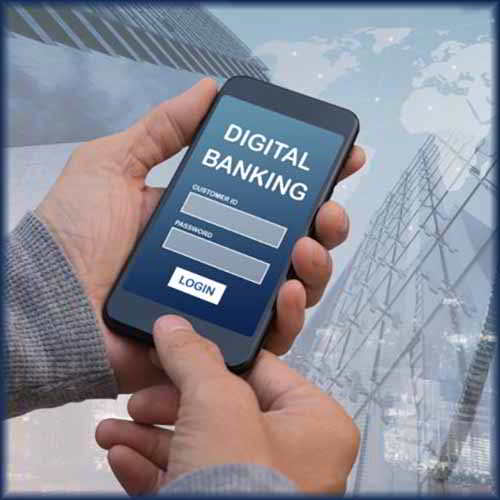 With the continued growth of digital banking and the entry of new virtual and neo banks in Asia, there is a great need to extend the platform to cover the ability to identify people who don’t walk into a branch and authenticate transactions that have grown across many channels.

The wave of innovation that’s sweeping through the banking sector is profound. It’s more than just traditional financial institutions launching digital versions of their products. Asia’s banking world is in the midst of a subtle, but impactful, revolution thanks to the emergence of “virtual”, or completely branchless banks, which are becoming not only accepted, but embraced as the next stage of the industry’s evolution.

The Hong Kong Monetary Authority (HKMA) defines a virtual bank as a bank that primarily delivers retail banking services through the internet or other forms of electronic channels instead of physical branches.

We see the term "virtual" bank as often associated with or used interchangeably with other terms including "digital" bank, "digital-only" bank or "challenger" bank. The key characteristic of a virtual bank is the central use of technology to deliver banking services. Five years ago, the idea of parking your money with a bank that has no physical branch whatsoever would have been considered crazy-but that’s changing as consumers throughout Asia Pacific are becoming familiar with digital banking.

Virtual, or digital banks offer financial services primarily through the internet or other digital channels, without the need for physical touchpoints for their customers. What’s so explosive about this idea is that virtual banking services may even be offered by companies from outside of the traditional financial sector, given that they have been granted a digital banking license. Several countries across Asia Pacific are currently defining the rules for issuing such licenses, or are in the process of vetting the first batch of applicants for the permit.

In Singapore, for example, the regionally operating on-demand services platform Grab is said to have applied for one of the island state’s first digital banking licenses. Hong Kong is a step ahead. Hong Kong’s Monetary Authority (HKMA) has been a leading force in the city’s catching up to the pace of fintech and entrance into a new era of smart banking. The Authority has issued eight licenses since March 2019. The surge in activity will continue as more virtual banking licenses are set to follow given that 33 companies have submitted applications to the Authority.

What sets virtual banks apart from traditional banks besides the former having no physical branches goes all the way down to the product level, Ken Lo, head of strategic partnerships at ZhongAn International.“A virtual bank has the benefit of being built with a digital strategy, we better understand the needs of digital-savvy customers and create products for them with such a mindset,” he said.

Virtual banks - also known as “challenger banks”, or “neobanks” - are already quite popular in the United Kingdom and Europe, where a number of digital-only fintech firms, such as Monzo and Starling Bank, have made significant progress in building their capital and customer bases.

Developing countries in Southeast Asia are more cautious but paying close attention: Malaysia’s central bank has said it aims to come out with virtual bank licensing requirements by the end of this year, while Vietnam already has its first virtual bank, Timo, which was launched in 2016. In the Philippines, CIMB formally launched its first “all-digital” bank in the country’s tough banking market.

Virtual banks are able to offer financial services much faster than traditional institutions hamstrung by complex regulations and bogged down by high infrastructure and staff expenditures. Challenger banks don’t need to charge fees for basic services, and can usually offer better interest rates and cash rebates.