How to Overcome 5 Biggest Challenges in IoT Testing 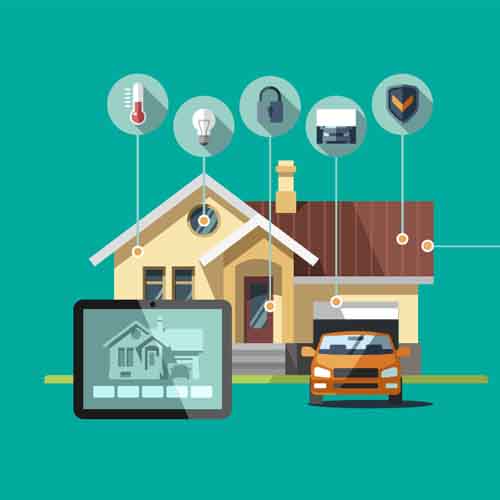 The Internet of Things (IoT) is a major empowering technology for virtual as well as digital technologies. Around 6.4 billion Internet of Things (IoT) devices were being used in 2016, and that number will develop to more than 20 billion by 2026. Testing these machines-which go from refrigerators that consequently place orders to the store, to automatic cars- will be one amongst the most important challenges to confront device producers as well as integrators in the coming years.

Compelling testing is basic. In any case, what's the most excellent way? Here are a few contemplations for testing IoT devices, and a few tips that you simply will use to permit you to deal with them.

Too Much IoT Platforms

Each IoT device has its personal hardware, also depends on software to run it. Application software will likewise coordinate with IoT devices, granting commands to the device as well as determining data assembled by the device.

Since, there are such a large number of variations of hardware and software for devices, and also extraordinary forms of firmware as well as operating systems, it won't be feasible to test every single probable combinations of hardware in addition to software. To describe a reasonable subset that can be tested adequately, accumulate data from your end clients to comprehend which devices and software versions they're utilizing, and analyze it to decide the most prevalent blends.

When you know which devices in addition to operating systems to test, you can concentrate the greater part of your testing on these combinations, and drive slighter sanity tests on less basic combinations.

So Much IoT Communications Protocols To Test

Nowadays, IoT devices utilize a wide range of communications protocols to interface with controllers, and with each other. Protocols, for example, Extensible Messaging, Message Queuing Telemetry Transport (MQTT), and Presence Protocol (XMPP) and Constrained Application Protocol (CoAP) are normal, and all have their own merits as well as demerits. But MQTT, which do well in high latency as well as low bandwidth circumstances, is the most famous.

An API, commonly in view of JavaScript Object Notation (JSON) or XML, is frequently layered over the transport protocol to make it less demanding for developers to connect with the device. Testers can utilize the APIs and protocols for automated testing, as well as the test design relies upon which APIs and protocols are being utilized. The testing tool must have the capablility to help these protocols in addition to APIs so as to be compelling.

Increase in New Attack Surfaces and Other IoT Security Risks

With over 70% of IoT devices as of now susceptible against security issues, testing for security holes is a significant action. IoT device testers should give careful consideration to the device’s password policy, ensuring that minimum password requirements are incorporated with the device, and that they are authorized.

A suggested practice for devices is to need a password change upon first access, and this ought to be mulled over when creating automated tests.

The truth that the sorts of IoT devices and applications are so various demands strong test capabilities. Performance must be reliably high over all devices, and surpass user expectations.

Testers should have a strong test strategy, have a decent determination of the architecture, and guarantee that the devices and software under test are constantly arranged with the right version. In the event that the framework relies upon third-party services, tests may come up short if that third-party service transforms. Automated tests that keep running as a feature of a ceaseless testing pipeline will recognize this rapidly.

On the off chance that the third-party service is inaccessible, you can virtualize the service, and evacuate the dependency on the genuine service. If the service is low, you can in any case test by utilizing the virtualized service. An adaptable service virtualization tool will give you a chance to configure the expected reactions from the service, with the goal that you can test your application’s response to different circumstances.

Developing a network with the greater part of the diverse conditions is once in a while reasonable, such a large number of teams utilize network virtualization to programmatically imitate distinctive network conditions as well as responses. Device system metrics, for example, CPU and memory, ought to be checked amid testing.

IoT testing methodology can be diverse in view of the system/architecture included. IOT testing might be an extreme /challenging work at the same time, it is exceptionally energizing too for the testing team to confirm such protocols, operation systems, hardware, the complicated mesh of devices, firmware and so forth.

While the IoT attracts another level of intricacy to execution monitoring and testing, the business opportunities that the devices show nevertheless offer a stimulating new limit.

Testers must familiarize him to latest platforms and methods to guarantee that they can address the challenges of testing IoT devices as well as applications keeping in mind the end goal to deliver the best understanding to the end user. Luckily, changes to network infrastructure and testing tools will keep on making the procedure less demanding after some time.