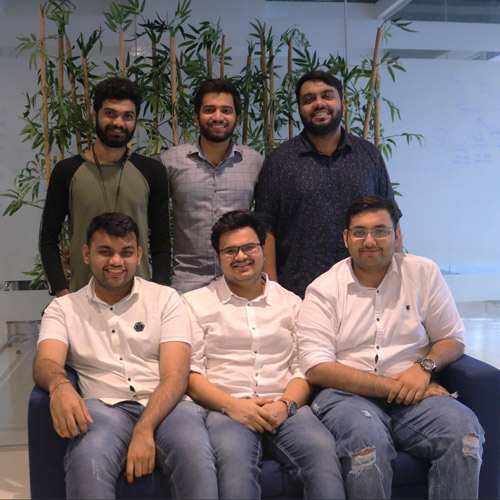 peAR has raised INR 2.5 Cr in a Pre-Series A round led by Inflection Point Ventures. The funds raised will be utilised in building 3D Modelling technology for augmented reality, so as to advance the B2C app. Along with this, the startup will launch in 4 cities – Mumbai, Bangalore, Delhi/NCR and Pune. The startup is also hiring across roles to strengthen the team. With the funds raised, peAR aims to reach 15,000 orders monthly by the end of this year.

Founded in 2019 by then college students Dharmin Vora, Dhruvesh Mehta and Parth, the vision of peAR is to change the way people view and order food inside a restaurant. peAR helps users visualize the dish before ordering, thus making sure customers have a delightful experience at the restaurant. They use Augmented Reality to solve this. Their proprietary image to 3D Model tech has enabled them to make 3D Models of the food at scale, thus being able to convert boring paper menus into interactive 3D Menus. This helps restaurants upsell better looking dishes. Since the orders are also placed digitally, restaurants can now have the valuable data they were missing out on for the dine-in customers. peAR is going after the dine-in market which is relatively less competitive in India and is 4 times larger than the Delivery Market.

Mitesh Shah, Co-Founder, IPV says, “The F&B industry hasn’t seen much digital transformation beyond cosmetic changes. However, that has changed with the emergence of food tech companies who have brought lakhs of restaurants online and expanded their market and catchment area. While this is one side of leveraging technology, which is helping the industry to grow their business, at the core level, restaurants as standalone entities have to embrace digital transformation right from how they present their menus or serve their patrons. It goes to overall experience when outside dining becomes a norm soon. peAR’s application augmented reality is truly a pioneering concept which hasn’t been attempted before. Investment in peAR is aligned to IPV’s philosophy of backing unique businesses with great entrepreneurs.”

In the last 2 quarters, peAR has grown 50X and has scaled its operations from 50 to 250 restaurants. Also, the startup is on track to onboard 1000+ restaurants by the end of this year. Having partnered with over 400 restaurants in Mumbai, its user base grew 9X during this time, with a rating of 4.7-star on Google PlayStore. The startup received 5000 monthly orders with an annualized GMV of $250000 in March this year, and grew their repository of 3D models 5 times in the last 6 months.

Dharmin Vora, Co-Founder, peAR says, "We have seen 100% Month-over-Month growth in the past 6 months and we will continue to grow at a faster rate in the coming months as well. We are also planning to launch in a few new cities as we want users across India to experience 3D and augmented reality-based ordering. We have been lucky to have IPV back us from the start to reach where we are today. They have not only helped us with financial aspects but also helped us in building business and team because of the diverse & rich experience and knowledge their CXO members have in all the industries.”