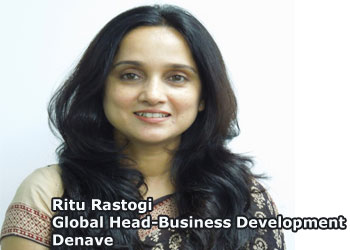 With the entire business landscape spiralling-up towards cloud adoption, we can be rest-assured that all the advancement and progression will soon cause the boundary between virtual and reality to diminish further. ‘Cloud’ is definitely the buzzword these days. Be it any sector, any scale or even any industry interface, given the fact that cloud services are agnostic of all such aspects and hence the heightened adoption of the same is justified.  A recent Gartner report states that the public cloud services market in India is projected to grow at the rate of 30% in 2016 to total $1.3 billion, up from $0.97 billion in 2015 and by 2020, total public cloud services spending in India will rise to $3.6 billion. Such statistics suggest a huge shift which is in transition and even from sales perspective - this gradual shift to cloud has opened the gateway to a plethora of opportunities.

The Cloud services model, be it PaaS, IaaS or SaaS is primarily a subscription-driven model & has a huge dependency on customer retention after the first sale has been made.  While customer stickiness & retention is critical for a cloud service provider, it can be relatively easier to maintain in a PaaS or IaaS model, given the nature of integration required at the time of migration.For a SAAS service provider, on the other hand, retention and renewals has to be continuous& sustained process, especially if the service in question is offered by multiple vendors. SaaS revenue is expected to grow at a CAGR of 26% in next 4 years in India while for APAC, it has a growth projection of ~23% as per recent Gartner findings. In Europe, as per IDC report, SaaS accounted for ~70% of all public cloud revenue in 2015, and is predicted to represent the largest portion in 2020 also. Digging deeper into the opportunities presented by SaaS, owing to usage ease and expansion-diminution flexibility, subscription-based model is increasingly becoming more prevalent over the license-based model. Being major drivers of the tech economy – the SaaS players thus presents a huge market potential for Renewals based services.

‘Renewals’ – what it means?

Renewals – in line with its literal meaning, is about renewing the customer engagement or setting the revenue generation in a recurring mode, thus leading to revenue retention and maximization, and that too, in most cost-effective way. Simply put – it is process of growing and retaining revenue from the existing customers/ installed base.It isa well-established fact thatcost of new customer acquisition is far greater than cost of retaining existing customers. Factors such as intermittent customer engagement, transactional instead of business relationship focused engagement etc. can be detrimental to the business. For preventing the loss of incremental revenue and the installed base, and thus eventuallythe market share, renewals or recurring revenue management services are critical for anycloudservice provider.

When we say ‘renewals’, it is imperative to understand that the ease of already having a relationship is both, an advantage, as well as, an important factor for defining the revenue trajectory of the seller. What is interesting to note here is that this need not be limited to pure play renewals. There is a huge opportunity to cross-sell & up-sell in the existing installed base, especially with tech-upgraded versions of products getting launched continuously. A robust& focused Renewals engine can leverage this expanded market potential. Hence Revenue maximization is a natural progression of a Renewals process.

The impact of a focused renewals-based service offering is manifold, some of them listed below:

* Recurring revenue, which forms a significant component of the overall revenue, is ensured

* Revenue leakage is minimized for the customer

Industry data, analysis reports and forecast trends indicate the increasing emphasis on ‘Renewals’ Services or Recurring Revenue Management which is a positive sign for the overall market. Upholding the thumb rule of sales – every customer is important, Renewals-basedservices act as a key component in driving sales enablement in the same direction by enabling tailored-customer retention solutions.