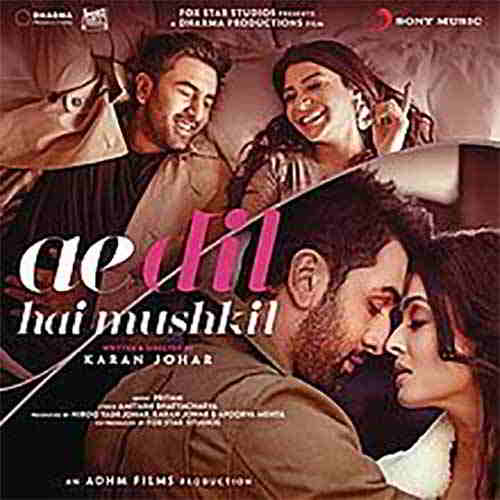 Three years ago, Karan Johar made a movie, which he says is close to his heart, on unrequited love and all one-sided lovers felt the pain that Ranbir’s character went through in the movie. Ae Dil Hai Mushkil might not be the best kind of cinema. It also might not be Karan Johar’s best film. Despite that, it is a film that will remain etched in people’s hearts and will be remembered for a long time.

“Pyaar mein junoon hai, par dosti mein sukoon hai.” If one line could explain the difference between the two most adorable bonds we have with people – friendship and love – then this would be it.

As the film completes three years of its release, Karan Johar got nostalgic too. He has shared on social media, “A film closest to my heart....had the best time filming it and have indelible memories! Thank you to the entire cast and crew that made this experience so memorable. ...it’s about the liberation of a broken heart.”

Karan Johar had once said that Ae Dil Hai Mushkil is “an ode to myself without being self-indulgent. It is about the angst of falling in love without reciprocation. I am the brand ambassador of that emotion. Every tear that you shed ( When you watch the film) is a dollar in my account. You weep and I laugh all the way to the bank."