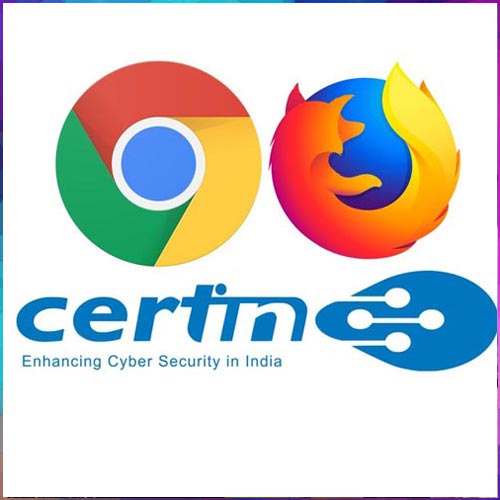 The Indian government has on Thursday identified vulnerabilities in Google Chrome and Mozilla Firefox products. According to the Centre's Indian Computer Emergency Response Team (CERT-In), Chrome versions prior to 96.0.4664.209 are affected by vulnerabilities that could be exploited by hackers.

Due to vulnerabilities in Firefox, attackers can disclose sensitive information and bypass security restrictions

The government in its statement said, "Multiple vulnerabilities have been reported in Google Chrome OS which could be exploited by an attacker to execute arbitrary code on the targeted system".

The CERT-In said that the vulnerabilities exist due to 'heap buffer overflow in V8 internationalization; use after free in the share sheet, performance manager, performance APIs, vulnerability reported in dev-libs; insufficient validation of untrusted input in data transfer and out of bounds memory access in UI shelf".

It added that successful exploitation of vulnerabilities could allow attackers to execute arbitrary code on the targeted system.