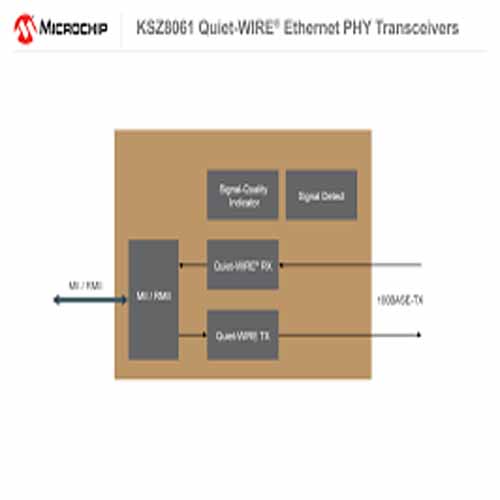 Based on its COTS technology deployed in other industries, Microchip’s Gigabit Ethernet Physical Layer (PHY) transceiver features a military-grade, high-reliability (HiRel) plastic package that meets requirements for applications ranging from fighting vehicles to cockpit avionics and in-flight communication systems. The VSC8541RT Ethernet transceiver is a solution with Reduced Gigabit Media Independent Interface (RGMII) and G.M.I.I., and also supports R.M.I.I and M.I.I. Megabit interface. The transceiver is latch-up immune to atmospheric radiation effects while performing at a temperature range of –55 to 125 degrees Celsius. Product specifications include wafer and assembly lot full traceability; description of testing, electrical parameters and fault coverage; qualification report; and certificate of compliance.