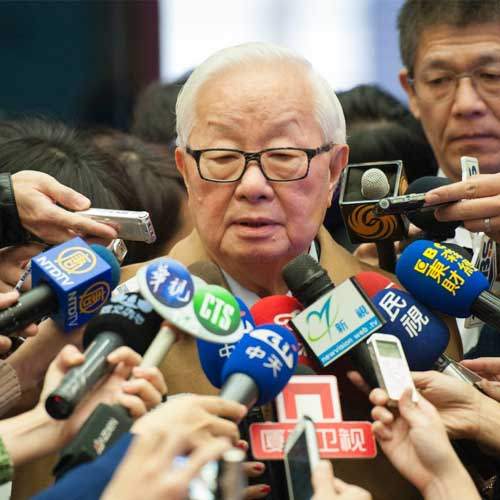 Morris Chang, founder of Taiwan Semiconductor Manufacturing Company (TSMC), told a symposium this week that the fundamentals that underlie the global domination of his semiconductor manufacturing company are not easy to replicate or transplant elsewhere, including the United States.

Taiwan Semiconductor Manufacturing Company (TSMC) founder Morris Chang told a symposium this week that the fundamentals underlying his semiconductor production company’s world domination are not easy to replicate or transplant elsewhere – including in the United States.

In particular, the company’s clear founder warned of challenges for the company’s proposed new $ 12 billion manufacturing facility in Phoenix, Arizona, which he and other senior executives and American officials had launched less than a year ago.

The United States was characterized by cheap land and electricity when TSMC looked overseas. However, we had to strive to find skilled technicians and workers in Arizona because manufacturing jobs have not been popular with Americans for decades.” said Chang. after a transcript of his speech from the Asia Times

The campaign has been carried over during the Biden administration, which includes hard bans on the export of any chip-making equipment made with US components to Chinese companies.

At the same time, Chang pointed to an apparent comparative lack of talent in America’s mostly moribund manufacturing sector.

“The United States stood out for cheap land and electricity when TSMC looked for an overseas site but we had to try hard to scout out competent technicians and workers in Arizona because manufacturing jobs have not been popular among American people for decades,” Chang said, according to a transcript of his speech viewed by Asia Times.

“It was a breeze for us to rotate technicians and staff among the three fabs across the island and when employees change over from one location to another, they even do not need to move their homes thanks to Taiwan’s bullet trains and highways and well-rounded transport and logistical support,” said Chang.

Chang’s candid remarks about TSMC’s new US base, delivered to an audience of domestic reporters, mark a striking departure from TSMC chairman Mark Liu’s optimism about Arizona’s chip-making potential.

must not lose our hard-won primacy to contenders like Samsung and other firms in South Korea. A report says, TSMC’s lucrative business 2020 revenues soared 25% to hit a new high of NT$1.33 trillion (US$47.3 billion) stands in contrast to Beijing’s tech self-sufficiency drive led by its mainland competitor SMIC.

Sebastian Hou, a chip specialist with the Hong Kong-based securities broker CLSA, noted in his report earlier this year that SMIC would be “nine years and three generations” behind TSMC as the former could only mass-produce 14-nm chips, as per asiatimes.com.