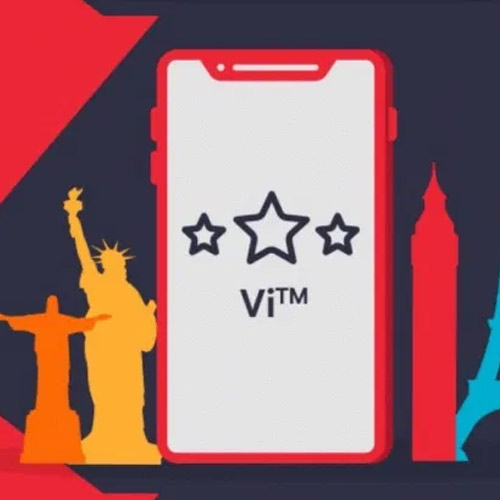 Vi (Vodafone Idea) has introduced the best in category pre-paid data pack in India on October 2. Under this prepaid pack, the user will get 100GB of 4G data for Rs 351. It will be valid for 56 days and unlike most packs will not have a daily limit on data usage. Vi says that it has launched this data pack keeping in mind students, work from home professionals, gamers etc.

According to a Vi spokesperson, “It is our constant endeavor to create relevant propositions to address the needs of the digital consumers in the current times. Post Covid the world has seen online activity increase by leaps and bounds – from video calls to online school to binge watching shows/videos everything is online. And now with the CRICKET season kicking in we don’t want our customers to miss out on any action. With 100 GB of data @ just Rs 351 for 56 days – with NO DAILY LIMITS on data – we are confident that Vi customers can binge watch without having to worry about their quotas being exhausted.”

Along with the new data pack, Vi has also announced the launch of GIGAnet claiming that India’s largest 4G network is built on “many principles of 5G architecture that help in delivering a superior network experience”. In short, it is expected to increase the speeds experienced on the phone while watching a video on Youtube, Netflix, Disney+ Hotstar, etc or while making video calls on Zoom, Google Meet, or other apps.