What is 5G and What does it mean for Cybersecurity? 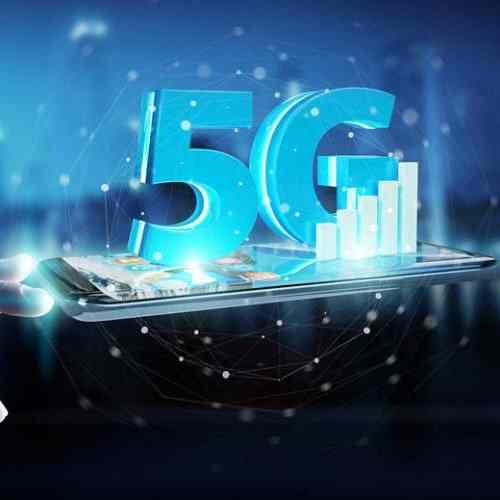 The first four generations each brought a new level of connectivity, now 5G seeks to continue this trend and expand its use for mobile broadband access. Developing technologies including the Internet of Things is expected to grow with 5G. 5G transmits tons of data over shorter distances than 4G LTE. This helps speed and consistency of connection signals and the network itself - even when in motion. The network is also able to support more devices due to the use of new signal spectrums. There are growing concerns on the issues of cybersecurity and can it be controlled in the 5G networks Or there are chances it might go out of control.

The Ericsson Mobility Report 2020 shows how the impact of Covid19 has led to the network’s crucial role in society. The report expects the global number of 5G subscriptions to top 2.8 billion by the end of 2025. In India, 5G is expected to represent around 18% of mobile subscriptions at the end of 2025. It also states that in India, the projected value of the 5G-enabled digitalization revenues will be approximately 17 billion USD by 2030. With 5G being a platform for innovation it will enable the development of new services for consumers, enterprises, and industry, including large-scale IoT use cases. Some experts are most focused on the mixed nature of the technology.

The very design philosophy of 5G is based on network heterogeneity. This means that the network can be a combination of technologies such as Wi-Fi and LTE. However, the technology developers will have to be extra attentive to 5G security.

The property of heterogeneity makes security more complex. However, there are already some exciting developments in the pipeline for 5G and IoT device security. According to T-Mobile US, 4G information being carried across mobile networks was not always encrypted. In 5G, end-to-end encryption is intended to provide much stronger safeguards for data privacy. Since IoT devices don’t often have robust user interfaces, using a QR code lets manufacturers create security protocols that can be operated without the use of a keyboard. It is advised, to Check and update the IoT device firmware. If IoT devices have exploitable vulnerabilities, manufacturers often identify and fix problems before the hacker can access the device’s environment.

5G is a massive step forward for cellular. 5G cybersecurity needs some significant improvements to avoid growing risks of hacking. Some of the security worries result from the network itself, while others involve the devices connecting to 5G. But both aspects put consumers, governments, and businesses at risk. 5G means more utility and potential for IoT. As more devices are encouraged to connect, billions of devices with varied security means billions of possible breach points. Smart TVs, door locks, refrigerators, speakers, and even minor devices like a thermometer for a fish tank can be a network weakness. A lack of security standards for IoT devices means network breaches and hacking might run rampant.