Why are Government Agencies So Vulnerable to Hacking? 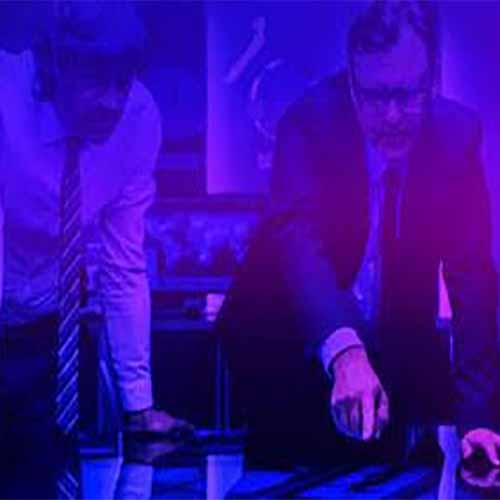 In network security we talk about “attack surfaces,” the term for the total number of points or vectors through which an attacker could try to enter a computing environment. As government organizations at the federal, state, county, and municipal levels have become increasingly digital, their attack surfaces have vastly increased and consequently they’ve become far more vulnerable to all kinds of cyber attacks.

The main reasons for this high level of vulnerability are inadequate IT security expenditure on new equipment and staff training combined with overly bureaucratic processes, which together make it very difficult for these organizations to keep up with the pace of digital evolution. This, in turn, puts mission-critical public services such as court systems, municipal utilities, bill payment services, traffic control, power grids, and voting registration at serious risk of disruption. The 2018 Government Cybersecurity Report by Security Scorecard notes that:

Government organizations remain a primary target given the reams of personally identifiable information (PII) stored and processed by agencies, not to mention top-secret national security details. All the necessary components of critical infrastructure networks such as courts, traffic, public transportation, elections, and public utilities fall under the auspices of regional governments. Even ‘small’ governments can be huge, slow-moving bureaucracies with a mix of emerging technologies and a massive, highly vulnerable entrenched legacy infrastructure, all of which present a perfect storm for the modern hacker.

With the SARS-Cov2 pandemic now affecting just about every aspect of life, many government employees are working from home, which significantly increases the risks from government hacking, and consequently, data breaches and data exfiltration, malware incursions, phishing attacks, and ransomware attempts are on the rise.

Across all sectors, external actors account for a growing percentage of breaches, making up 75 percent in 2019, against 62 percent in 2018.This suggests that organizations are improving their defenses against insider threats and data loss protection, but they face new and potentially more dangerous threat actors. Chief among these are those who are backed by nation states.

Why Has the Government Become a Hot Target?

Hackers love hacking the online service of government agencies because they are often “soft” targets. Often they are weakly defended, inadequately monitored, and poorly maintained (i.e. updates and patches are frequently out of date). But the biggest reason to attack government agencies is that the financial rewards for successful attempts can be huge or, in the case of hostile state actors, very valuable in political cyber warfare. Given how easy and valuable these targets are it’s no surprise that we’re seeing the frequency of attacks escalating.

All sectors of the economy are subject to phishing, a cybercrime in which a target or targets are contacted by email, telephone or text message by someone posing as a legitimate institution to lure individuals into providing sensitive data such as personally identifiable information, banking and credit card. According to Security Scorecard’s 2018 Government Cybersecurity Report:

Attackers will often profile email addresses obtained from data breaches and match them to existing social network profiles to target accounts and execute spear phishing attacks. For example, if an employee creates a Facebook or LinkedIn account with a government email address, it increases the risk of a phishing attack through one of those networks.

These phishing attacks may also involve malware sent as attachments in email, which can lead to data exfiltration and ransomware attacks. The biggest problem with phishing attacks is that the technique works surprisingly well. Verizon’s 2020 Data Breach Investigations Report revealed that an astounding 32 percent of confirmed data breaches involved phishing.

Holding the Government to Ransom

Of all hacking techniques seen “in the wild,” the use of ransomware-malware that encrypts data and demands payment usually in a cryptocurrency such as Bitcoin-has grown incredibly fast particularly in government agencies.

One thing all government agencies have is huge amounts of data. This includes vast stores of Personally Identifiable Information (PII) on citizens, as well as comprehensive and often highly sensitive commercial company data. Verizon’s 2019/2020 Data Breach Investigations Report found that 16 percent of breaches were in the public sector, excluding healthcare and the average cost of a data breach in 2018 was $2.3 million with an average cost of $75 per record.

Verizon found that espionage was a key driver for government data breaches, with public sector cyber-attacks making up 66 percent of all incidents in 2019. In addition, “state affiliated actors” have been the leading cause of external public sector data breaches and data exfiltration each year since 2017. In 2019, they accounted for 79 percent of incidents.

The list of government data breaches over the last couple of decades is long but here are a few examples to give a little perspective on the scale of recent breaches involving data exfiltration executed by hacking or exposed due to poor data security:

How Government Agencies Can Defend Themselves

The federal government’s Office of Management and Budget (OMB) Federal Cybersecurity Risk Determination Report and Action Plan concluded that 71 percent of 96 agencies studied were either “at risk” or at “high risk.” The plan outlined four key findings:

While training, up-to-date patching, and other basic security measures can bolster government agency defenses, removing limited network communications visibility is arguably the most easily and quickly addressed. There are two strategic technologies that vastly improve network visibility: the use of SSL encryption/TLS encryption to secure all communications and the use of SSL inspection/TLS inspection to detect data exfiltration, as well as phishing, ransomware, and malware payloads.