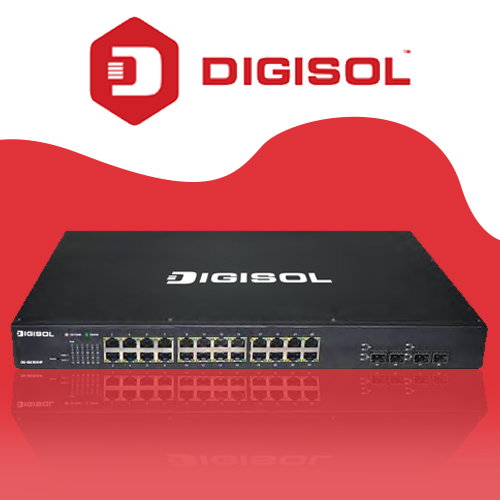 The DG-GS1528HP is a great entry-level managed switch with 56 Gbps switching capacity. Wire-speed switching performance helps to take full advantage of existing high performance on PCs and laptops by significantly improving the responsiveness of applications and file transfer times. The device also has four Gigabit SFP ports for high-speed uplinks to servers or backbones.

Port Security ensures access to switch ports based on MAC address, thus limiting the total number of devices from using a switch port and protects against MAC flooding attacks. This switch offers user-friendly web interface facilitating ease of management. It also supports to be managed and controlled by network station.