EDR is an important tool for Data collection, Detection and analysis 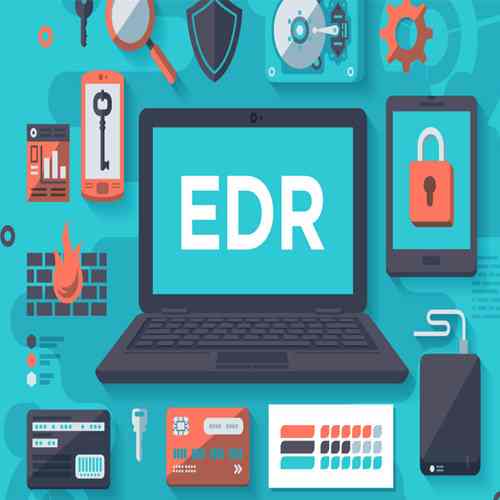 Endpoint detection and response, also known as endpoint threat detection and response, is a cyber technology that continually monitors and responds to mitigate cyber threats. In case a cyber-attack occurs, every second count. Losses due to an attack can multiply with each passing minute. That’s why early detection is key to minimizing the impact of a cyber-attack. EDR tools are a valuable ally when it comes to quickly mitigate a dangerous cybersecurity incident.

Today’s risk management and security teams struggle with a slate of disparate security tools that weren’t built with integration or collaboration in mind. This leads to friction, reduced productivity, poor integration and uncoordinated incident response. Enter a new breed of extended detection and response (XDR) products designed to reduce drag, increase collaboration and productivity, and free up your security staff to focus on the things that actually need human attention. XDR consolidates multiple products into a cohesive security incident detection and response platform for the mainstream market.

EDR tools as a new cybersecurity technology that monitors endpoint devices on a network, providing immediate access to information about an attack in progress. EDR tools help IT security personnel respond quickly, either by quarantining the attacked device, blocking malicious processes, or executing incident response procedures.

A report says that home networks were a major draw last year for cybercriminals looking to pivot to corporate systems, or compromise and conscript IoT devices into botnets. It has found attacks on homes surged 210% to reach nearly 2.9 billion-amounting to 15.5% of all homes. The vast majority (73%) of attacks on home networks involved brute forcing logins to gain control of a router or smart device. Email-borne threats made up 91% of the 62.6 billion threats blocked by Trend Micro last year, indicating that phishing attacks continued to be hugely popular. The company detected nearly 14 million unique phishing URLs in 2020 as attackers targeted distracted home workers.

In 2020, businesses faced unprecedented threat volumes hitting their extended infrastructure, including the networks of home workers. Familiar tactics such as phishing, brute forcing and vulnerability exploitation are still favored as the primary means of compromise, which should help when developing defenses. Global organizations have now had time to understand the operational and cyber risk impact of the pandemic. The new year is a chance to adjust and improve with comprehensive cloud-based security to protect distributed staff and systems."

Newly detected ransomware families increased 34%, with "double extortion" attacks - where attackers steal data before encrypting it to force payment by threatening to release the stolen information – and more targeted threats becoming increasingly popular. Government, banking, manufacturing and healthcare were the most targeted sectors. Many attacks targeted flaws in VPNs used by remote workers. Cloud service misconfigurations increasingly had consequences in 2020.