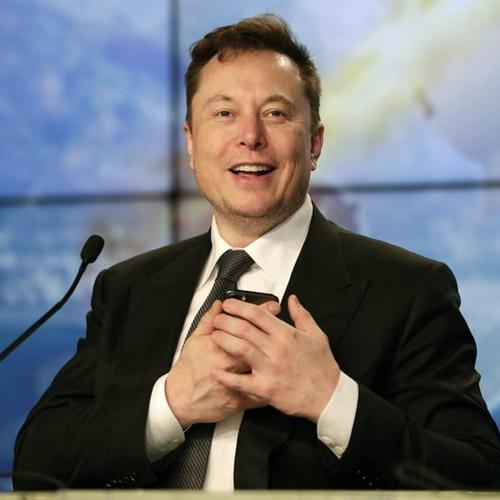 Signal, the messaging platform, isn’t a publicly traded company. After WhatsApp announced some major changes to its privacy policy, Elon Musk – the world's richest man urged his followers to take their messaging elsewhere. The messenger app is an alternative to WhatApp and Facebook Messenger and, following the updates to WhatsApp, will offer users more privacy surrounding their personal data.

Signal has since shot to the top of the app store in many countries around the world, including India, Hong Kong, France, Austria and Germany.

Today after this blame game also WhatsApp stood on the top and it has rated as the most popular app ,with around 2 billion users worldwide. One of the talks. Is that what's app says, it cannot view the content of the messages, you're sending thanks to encryption. However, other data can be collected. So when the service announced and updated privacy policy would go into effect on February, 8, people were concerned.

However, it seems that chats within the app will not be shared with Facebook – at least, not yet. As the chats are encrypted, neither Facebook nor WhatsApp can view conversations even if they wanted to.The kind of information that will be shared across the platforms is likely to include phone numbers, mobile device information, IP addresses, diagnostic data, profile pictures and names.The updated policy will also allow the company to also gather information about a phone’s hardware, such as battery level and service status.

By keeping in mind WhatsApp has been sharing data with Facebook since 2016 WhatsApp has also made a number of statements saying that the new policy will not affect the privacy of messages with friends and family. it relates to messaging businesses through the platform. Also the policy changes will not take effect until May 15. With the announcement of a new policy, and WhatsApp statements Elan musk tweets out use signal, then the tweet was retweeted by jack Dorsey, CEO of Twitter.

Signal works like your standard text messaging app. However, it's big draw is privacy on signals website. You have seen the testimonials from jack Dorsey and Edward Snowden. When we saw, Edward Snowden uses signal. it means signal must be pretty secure, people can use signal to send a text, video, audio, and picture messages. All of those are protected by end to end encryption. That means that only the sender and recipient can read messages in signal.

As per a tracking firm, a signal spokesperson said that the number of downloads reported is on the low side, on the 13th of January, signal posted a couple of screenshots from the Google Play Store signal went from over 10 million installs to over, 50, million. If for whatever reason you're not feeling up to signal there's always telegram, which is also seeing a surge of new installs with now over 500 million active users, just know telegram is not as private as signal telegram grabs your name, phone numbers contacts IP address, and user ID.

Again, signal, just grabs your phone number. If you want your messages encrypted. We'll have to opt in. Also, group messages are not encrypted. Additionally, telegrams encrypted scheme does not seem entirely open source, according to some researchers.

Brian Acton, who co-founded WhatsApp before selling it to Facebook and then co-founding the Signal Foundation, declined to give equivalent data for Signal but said that the expansion in recent days had been “vertical”. We’ve seen unprecedented growth this past week,” Acton said in an email to Reuters. It’s safe to say that because of this record growth, we’re even more interested in finding talented people.

Going forward, despite Signal's booming popularity and it has shown unprecedented growth after the controversy started with WhatsApp. However, it can't replace fully to the WhatsApp. Instead, people will use the two services for different conversations.

Finally, the privacy advocates have jumped on the WhatsApp changes, pointing to what they say is Facebook’s poor track record of supporting consumers’ interests when handling their data, with many suggesting users migrate to other platforms.