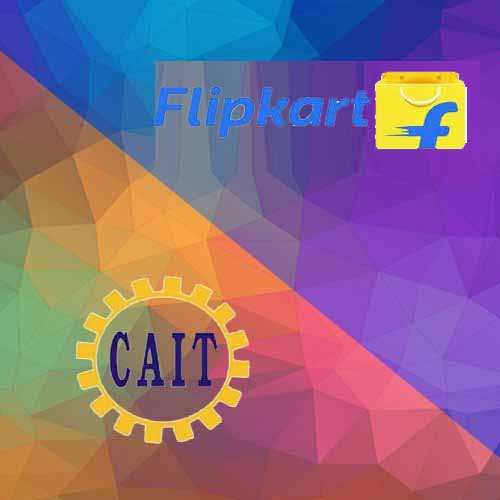 CAIT said in a letter to Commerce and Industry Minister Piyush Goyal, that Flipkart has "blatantly" violated FDI policy and taxation rules and urged the government to investigate it. It alleged that the Walmart-owned Flipkart "creatively" restructured its business model to exercise control over inventory and retail prices. CAIT added that such a practice is prohibited by the FDI policy on e-commerce.

The traders’ body claimed, it is clearly violating the country’s Foreign Direct Investment (FDI) norms and taxation rules. At the same time, the Flipkart spokesperson said as a marketplace, Flipkart's endeavour has always been to use technology and innovation to facilitate the buying and selling between lakhs of local sellers/MSMEs and over 300 million customers in a transparent and efficient manner.

Praveen Khandelwal,National general secretary of CAIT said that, these policy changes and waivers are just public relations gimmicks pulled off by Flipkart to help large sellers that make the highest sales on the platform.

According to CAIT, Flipkart has restructured its business model in such a way as to allow it to manipulate inventory and retail prices. Flipkart has created a system of surrogate business partners with the sole aim of bypassing the FDI Policy and destroying the very traders the policy aims to protect.”

CAIT has demanded stern action against the retailer from the government, including tax authorities. CAIT further alleged that both these tiers of business models exist only on paper, and only exist for creating incorrect invoices and good and service tax (GST) compliance. The lobby group added that there has been no movement of goods between Flipkart India and these 30 entities, these entities only lend their name for Flipkart to generate invoices to the customers.