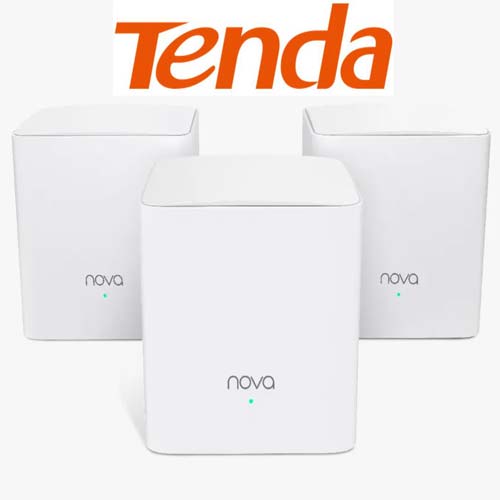 Tenda MW5G is a 1200Mbps dual-band distribution mesh Wi-Fi system designed for medium to large-sized households, bringing in exponential Wi-Fi coverage, as well as a faster and stable Internet connection to cover the household.

A Pack of 3 MW5G provides up to 3,500 square feet and pack of 6 provides 6,000 square feet Wi-Fi coverage range and is also ideal for more than 1-floor houses.

The newly launched Tenda MW5G is the upgraded version of its highest-selling Mesh Router-MW5. Primarily, the only difference between the two is, MW5G can connect 80 devices at one time whereas MW5 can connect 60 devices in a pack of 3 configurations.

Tenda MW5G comes with enhanced smart management and security features that help in managing networks easily and from anywhere. One of the unique features that make Tenda Mesh. Routers stand apart from its competitors is its “Smart Tenda Wi-Fi App” which allows one to have easy access to the device and also blocking any unauthorized users with a single tap. It also supports in Parental Control to help parents with the Internet safely while kids are accessing the Internet and Guest Network to protect personal privacy as well.

80 devices can be connected

Priced at INR 12,999, Tenda MW5G Whole Home Mesh Wi-Fi Router System is available through authorized partners and other reseller channels across India. The mesh router (Pack of 3) is available at a Market Operating.